What’s Blair up to? Elementary my dear Watson 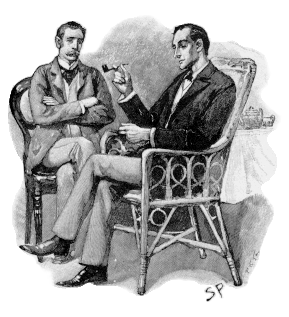 The transition now has one recurrent theme. Why does Tony not step down? The transition from Tony Blair to Gordon Brown as Prime Minister is increasingly baffling. Is this a case for M Poirot, or for Sherlock Holmes?

The story takes on the form of a classic detective mystery. Tony has been undertaking a hectic schedule of events, mainly abroad. Shouldn’t the transistion include a gradual transfer of powers? What’s going on?

There may be a whole diary-load of reasons for his globe-trotting . As someone brought up on Agatha Christie, I’m attuned to her favorite themes. The mystery story appears to have many clues, but most of them are red herrings. The key lies in finding the unrevealed clue, and ignoring the rest.

Without cracking the code, we have to consider a range of possibilities: TB may be staying on ‘for his legacy’, ‘to influence the G8 leaders and actions’, ‘to fulfill a timetable for a grand goodbye (leaked memo)’, ‘as a nice advertising campaign and prelude for his next role, for the next role’.

Agatha teaches us that the answer may lie in considering some of these, but the heart of the matter may be elsewhere. If none of them make sense we have to make new sense. M Poirot or even Sherlock Holmes step forward. ‘We’ve got a little job that might interest you, Mr Holmes’

Tuesday May 29th 2007. Tony Blair starts a one week tour of Africa in Libya. The meeting here will indicate renewal of links with Libya, and a symbolic start to a big business deal for BP.

Pehaps Lord Browne had been too distracted over the last few months to have been able to persuade Tony to go instead to Siberia, where the company’s future is looking rather less promising …