This Week with Alan Partridge 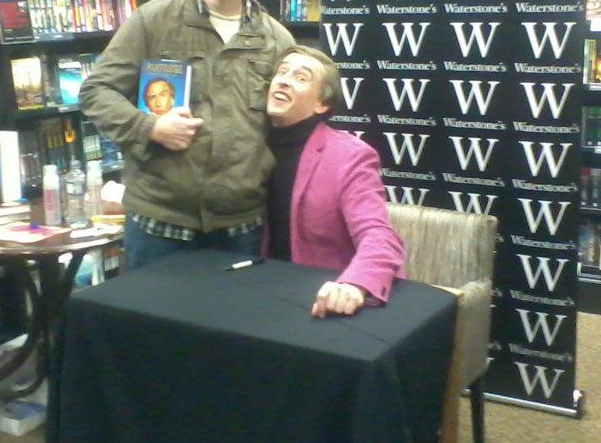 Steve Coogan’s new mini-series for the BBC started [25 February, 2019] in a blaze of pre-publicity. His defining character Alan Partridge returns in half-hour comedy chunks just before the ten o’clock news, in weekly chunks.

Coogan’s success in grounded in his believable gaucheness, in his professional role as the hapless radio presenter. He has elevated the cringeworthy to a comedic art form. Come to think of it, he over-sensitises viewers to the possibly of ‘doing a Partridge’.
For example, the mockery in the programme of the competitive tensions between Partridge and co-host Susanah Fielding shows him in full-on cringe-making action, as he blunders through a scene intended to wring the last drop of ooh factor from baby seal images.

Reviews have varied from the good to the Guardian’s hysterically good. Unsurprisingly,
the BBC assesses the programme as five star, although this has a whiff of doing a Partridge about it. Interestingly, BBC Radio’s Five Live earlier today was rather more open to the accusation, with a not-to-subtle hint of disapproval sheltering a ‘balanced’ reading of readers who raved and those who ranted about the first episode.

It reminds me of an episode from my next book

A radio sports programme is reporting the first day of the Masters in Atlanta. A golfer had hit his ball repeatedly into a lake. The Interviewer manages to work the story into her next item, about a gold-medal winning athlete at the Commonwealth games in Brisbane.

“How would you have kept out of the water,” the interviewer asks.

The question puzzles the athlete. “Like, I’m mostly in the water. I’m a swimmer.”

“Of course you are. So, what were you feeling, in the water there, when you find out you had won gold for England? I got goose pimples listening to the commentary.”

“So did I,” says her co-interviewer, “do you get goose pimples?”

“Not when I’m in the water,” says the athlete.”

The goose-pimply journalists move on. “We have just lost Eric and Ray “, one says solemnly, not referring to studio guests, as Bernard momentarily thinks, but to the overnight news of the untimely deaths of two sporting celebrities. (and OK, so it already seems I am also ‘doing a Partridge’).  In the relevant scene, two detectives are driving to a possible crime scene, listening to a radio show of Partridge-like nature.

[Extract from The Unnamed Threat, publication date scheduled for later this year]

I leave subscribers to decide whether my fictional broadcasters have any characteristics of any real-life broadcasters of which they have experience.

This entry was posted on Tuesday, February 26th, 2019 at 4:56 pm and is filed under Uncategorized. You can follow any responses to this entry through the RSS 2.0 feed. You can leave a response, or trackback from your own site.