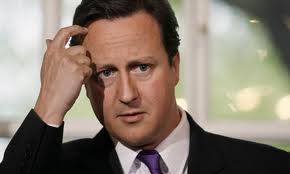 In Part One I looked at the developing stories from June 23rd 2016, the date of the European Referendum in the UK. To deal with the next part of the story, I have to go back to February, to the start of the months of national campaigning.

David Cameron had positioned himself as leader of the Remain campaign. He had found himself in this position, as the outcome was considered likely to be based on the ‘success’ of his pre-negotiations in getting a better deal for the UK.Under pressure from the virulent ‘Leavers’ in his party, he had granted a free choice to his MPs to campaign In or Out. .

A coordinated action against the Government by those backing OUT takes place:

Michael Gove said the European Union is encouraging extremism across Europe as he joined five other cabinet ministers in breaking ranks with David Cameron to campaign to take Britain out of the EU.

The justice secretary, [Gove] one of Cameron’s closest political allies, posed for photos with cabinet colleagues at the headquarters of Vote Leave just hours after the prime minister fired the starting gun for the UK’s four-month debate on EU membership.

Gove was joined by Iain Duncan Smith, the work and pensions secretary, John Whittingdale, the former Thatcher aide who is now culture secretary, Chris Grayling, the leader of the Commons, Theresa Villiers, the Northern Ireland secretary, and Priti Patel, the employment minister who attends cabinet.

To Cameron’s disappointment, his two close friends Gove and Johnson (almost certainly working together during the campaign) announced that however reluctantly they would be in the Leave camp.  Gove, the consistent anti-EU advocate; Boris over the years has mocked the Brussels practices, even inventing a few to add to his humour.

Boris for once rather sheepishly was to announce his Damascene conversion later (‘leading from the rear?).  When he did move, it was widely considered a blatant bid for power regardless of which side wins the referendum (Cameron having announced his intention to step down as PM before 2020). Gove, did a different kind of ‘sorry, it’s duty before friendship’ shtick

The leaked message from Gove’s wife was followed by Gove announcing he intended to stand.  He had already disappointed the PM who expected his loyalty to his cause (Remain), throwing in his lot with Boris who had also found a sudden conversion to the Leave campaign in the three weeks of national campaigning.

Fast forward to the developing battle for the conservative leadership .  Boris, now a front runner  arranges a campaign planning meeting at his Oxfordshire home. His chances have been strengthened by the damage sustained by George Osborne during the referendum campaign, partly self-inflicted .

Boris Johnson often gives the appearance of being unhandicapped by any signals that he is contradicting any earlier expressed beliefs.  It is a characteristic of extreme charismatics. On recent form, he shares this with Nigel Farage, and even more so with Donald Trump.

George Osborne concedes he would not be the person to unite the country, as he  widely acknowledged his support to the Remain campaign. He intended to continue as Chancellor [A wish that was soon to be dashed].

Stephen Crabb, a recent successful promotion under Cameron to replace Ian Duncan Smith, had been quick into the field. http://www.bbc.co.uk/news/uk-politics-36671336. He is expected to be an outsider, perhaps running for a future successful bid.

Michael Gove delivers a bombshell. He intends to stand as leader of the Conservatives. His explanation is damning, suggesting Boris is untrustworthy (remember the leaked message by Sarah Vine to her husband about dealing carefully with Johnson?). The announcement came hours before Johnson’s press conference announcing his intention to run.

Gove seems to have abandoned the former leader, and now entered the fray claiming it his duty to prevent another of his erstwhile friends taking the job.

The press assembled for Boris’s statement. Boris provides a statesmanlike speech outlining the great future ahead of Great Britain. He wanted to demonstrate his leadership credentials.

But the astonishing and carefully planned conclusion was the he, [dramatic pause], was not the person to be that leader.

Nigel Farage has been far from silent since the referendum victory he claimed for his UKIP party. His triumphal outbursts would have been some consolation for decisions by the official OUT group to reduce his visibility as a leading figure during the campaign. Since the result he found time [28 June] to launch a vehement comeuppance attack on the EU assembly in Brussels. ‘You laughed at me but you aren’t laughing today…you haven’t had a proper job in your lives’.

Now he decides ‘to claim his life back’ and resign from leadership of the party he has dominated.

Chilcot report. Critical of Tony Blair among others. This would be one of several stories that in less turbulent times would have made headlines and ‘run’ in the MSM for several days. Instead it is quickly relegated to inside pages.

Theresa May, a low-profile ‘Remainer’ and perhaps the ‘Stop Boris’ candidate  was seen suddenly as a front-runner in the race:.

Thursday 30 June: Nominations to get on the ballot paper closed at midday, with candidates needing at least two MPs’ support. Theresa May, Michael Gove, Stephen Crabb, Andrea Leadsom and Liam Fox are in the running.

Tuesday 5 July: The first of two secret ballots of Conservative MPs is held as part of a process to whittle the field down to two. Liam Fox came last and was eliminated. Stephen Crabb came fourth and dropped out. Both gave their backing to Theresa May.

The first round of voting punishes Michael Gove for his betrayal of Boris. That of course is speculation, but his third place to the inexperienced Leadsom is hard to explain otherwise.

Theresa May is to become the next Prime Minister. Andrea Leadsom pulls out of the race. Her political naivety was revealed and the pressures of the campaign were intense. However, she has advanced her standing in the conservative party, and her withdrawal also stands in her favour.

Inevitably she is compared with Mrs Thatcher, the only female to have held the office previously.  [ Historians tend to start counting with Sir Robert Walpole (1721-1742) which gives a current figure of 75, shortly to become 76]. How are the mainstream media dealing with the event? Increasingly, with the gender factor upstage.

This entry was posted on Wednesday, August 3rd, 2016 at 6:08 am and is filed under Uncategorized. You can follow any responses to this entry through the RSS 2.0 feed. You can leave a response, or trackback from your own site.