Holiday Father is Local Hero: Variation on the Leaders We Deserve theme 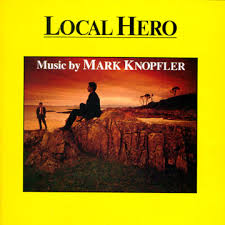 A battle with authority has propelled a father into the role of champion of the underdogs against authority. The case illustrates how we create the leaders we deserve

Our story concerns a child who was caught up in a legal battle after being taken on a holiday from her school on the Isle of Wight during term time. The father, a local businessman Mr Jon Platt, after preliminary skirmishes with the School,  was taken to court after refusing to pay the fine imposed.

A father who refused to pay a £120 fine for taking his daughter on an unauthorised term-time holiday has won a High Court ruling in his favour. Magistrates had ruled that Jon Platt had no case to answer as, overall, his daughter had attended school regularly.

The government says it will now consider making alterations to the law. Outside court after the ruling, Mr Platt said: “I am obviously hugely relieved. I know there was an awful lot riding on this, not just for me but for hundreds of other parents.

“I think it’s a very sensible judgement. It wasn’t a complicated matter. “Ultimately the arguments put forward on behalf of the Isle of Wight council amounted to, as the judge spelt out, if he was to believe and take it to its natural conclusion… a single day’s absence from school amounted to a criminal offence.”

Jonathan Bacon, leader of Isle of Wight Council, said he was disappointed the ruling had failed to clarify the definition of attending school “regularly”.

Mr Platt, 44, took his daughter to Disney World in Florida in April 2015. Mr Platt was issued with a £60 fixed penalty fine.

After he missed the payment deadline, the council doubled the fine to £120 which he also refused to pay. Isle of Wight Council then prosecuted him for failing to ensure that his daughter attended school regularly, contrary to section 444(1) of the Education Act 1996.

Mr Platt successfully argued there was no case to answer as the prosecution had failed to show that the child did not attend regularly. Even with this and other absences, Mr Platt maintains her attendance remained above 90% – the threshold for persistent truancy defined by the Department for Education.

Mr Platt, originally from Northern Ireland, raised £2,300 in charitable donations towards his legal costs but says that now he has won he will donate the money to the NSPCC.

Craig Langman, chairman of the Parents Want a Say campaign against the term-time holiday ban in England, said the court case was “a pivotal moment”.

The mainstream media [MSM] reported in much the same vein as the BBC. If we follow the map-reading approach, the reporting has been more about presenting a map without testing its context. I found myself reading much the same report with little evident that the journalists had made much effort beyond picking up on the primary source of the story (not necessarily the BBC, I would add).

It seems to be that a narrative, a shared story,  had emerged, and with very little testing has had its own fifteen minutes of fame, or day in court if you prefer. Why no search for context. Laziness?  Maybe.

A little map-testing raises issues and dilemmas which remain unresolved. Mr Platt is a hero who won a victory for common sense. He is applauded for revealing a flawed piece of legislation and possibly helping to change the law.

For me, change is rarely a case for switch of power from the powerful to the powerless, even if it looks that way. This is a sad lesson for idealistic change agents of all persuasions. Add in unintended consequences, and the story calls for another old theme about the need eventually for finding creative compromises.

In researching this blog, I was reminded me of the absolutism of their convictions sometimes displayed of people fighting perceived injustice. The world would be a worse place without such everyday heroes. Nevertheless, we should still beware of dismissing their ‘enemies’ as reactionary villains impeding the cause of natural justice.

My point about unintended consequences was supported this morning [17 May 2016] as Mr Platt becomes involved in a heated attack on Toby Young, a Daily Mirror journalist who had arrived at a contrary view of the actions of Mr Platt, and whose paper published a picture of the children in the case [in my uploading of the image, their features were blanked out].

This entry was posted on Thursday, May 19th, 2016 at 3:41 pm and is filed under Uncategorized. You can follow any responses to this entry through the RSS 2.0 feed. You can leave a response, or trackback from your own site.

2 Responses to Holiday Father is Local Hero: Variation on the Leaders We Deserve theme