Billionaire donates millions to Brexit, but may lose them more from the undecided vote 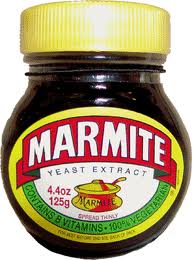 Billionaire Peter Hargreaves is the leading donator to the Out of Europe , or Brexit campaign. But other supporters worry that his enthusiasm for creative destruction may cost them the election

I have tried to remain an impartial observer of events in the build-up to the EU referendum.  This week [May 9-15] it has been easy, as David Cameron for the In group, and Boris Johnson for Brexit have been equally strident and over-the-top in their main offerings.

Shooting Self in Foot Award

Much admired for his entrepreneurial spirit, Mr Hargreaves was a student at Clithero Grammar School, an education which equipped him in life to find success from a financial start-up ‘in the spare bedroom of his Bristol flat’ in the early 1980s.

More recently he has backed the Brexit campaign through his substantial financial resources and high voyage energy which helped him accumulate his Moola.

Not a vote-winning message?

But his message, while likely to bring a resounding round of applause at an Institute of Directors meeting, may not swing as many votes as he is hoping for.

Voting for uncertainty and creative destruction may be counter-productive among a sizable proportion of older voters believed to be sympathetic for a Brexit . It could produce the well-known Marmite effect.

Mr Hargreaves could consider staying stum, but sponsoring Uber to ferry voters to the polling stations.

Oops. Have I suggested a better use of his millions?

This entry was posted on Tuesday, May 17th, 2016 at 4:37 pm and is filed under Uncategorized. You can follow any responses to this entry through the RSS 2.0 feed. You can leave a response, or trackback from your own site.