Charisma watch: in Westminster: Making a spectacle of themselves 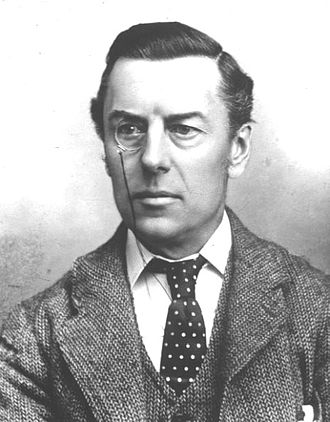 There is political turmoil in the Westminster bubble, with ministerial resignations, budgetary U turns, and emergency sittings.  The presentation of self through TV broadcasts makes a fascinating topic for investigation

Take, for example, the choice of ocular aids. The Prime Minister, spic and span, is only transformed as he whips out a pair of unobtrusive spectacles to read from a supplied answer before him. He then replaces the specs as quickly as possible.

The entire Government front bench has been a near Spec-free zone in the absence of Michael Gove with his heavy duty spectacles. Maybe childhood bullying and taunts of ‘specky four eyes’ means there is reluctance among leadership wannabes to risk revealing an ocular weakness. Nor was there sign of that symbol of the ruling classes the magnificent monacle as espoused by Joseph Chamberlin.

In contrast, the opposition were fearlessly flaunting their spectacles. Leader Jeremy Corbyn rarely allows his features to appear specless in public. I pondered on the way leaders build their self-image in public.

I tried to remember the spectacles favoured by charismatic leaders. Gandhi  and John Lennon gave fashion credibility to the style of the aesthetic and creative individual. Then there is another recent  charismatic American politician whose spectacles were part of a spectacular brand image. I refer, of course, to none other than Sarah Palin.

There is an intellectual heavy duty design which I associate with French heavy duty intellectuals. England can offer Michael Gove, aready mentioned above, in this respect. From America there is the intellectual, humourist and film-maker  Mr Woody Allen.

How to study this fascinating subject?  Clearly it calls for an exploratory or pilot stage. The classification of spectacles will be of itself an interesting part of this.  Our political figues could be classified according to preferred choice of spectacle, leadership style, and perhaps political effectiveness.

Perhaps with a comparison of beards, or even hairstyles …