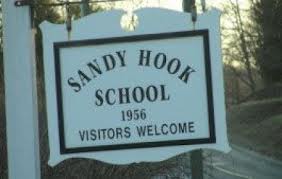 Before the dreadful week-end news, I had been scanning the net to see what leadership stories I could find. These notes are in chronological order.

The first item I came across was a promotional ebook from a successful experiential leadership programme at the Said Business School, Oxford . The approach offers an imaginative mix of experiences involving drama, moral philosophy, music and poetry. The book [53 pages] is worth browsing by leadership trainers.

The next item that caught my eye was the settlement of the money-laundering charges at HSBC. The bank has agreed a $1.9 billion fine with the US Department of Justice over anti-compliance regulations.

“We accept responsibility for our past mistakes. We have said we are profoundly sorry for them, and we do so again,” said Chief Executive Stuart Gulliver in a statement.

The next story had a familiar feel, with cult business hero Richard Branson defending his Virgin Atlantic business from a bit of turbulence (Sorry. That cliché is almost compulsory). And alongside Sir Richard we have the egregious Willie Walsh, now fighting his corner from chief executive International Airlines Group (IAG) which now incorporates British Airways.

Sir Richard Branson pledged to keep control of his airline after his arch-rival, BA chief Willie Walsh, said that Singapore Airlines’ sale of its [49%] stake in Virgin Atlantic would lead to the demise of the brand.

From China with Love

Now that’s more like it. A full-on profile of China’s new leader as Xi Jinping, the new head of the Communist Party, made a visit over the weekend to the special economic zone of Shenzhen. The south China province has stood as a symbol of the nation’s embrace of a state-led form of capitalism since its growth over three decades from a fishing enclave to an industrial metropolis.

One of the all-time great leaders, Nelson Mandela, is hospitalized [later he was successfully operated on for Gall Stones]. The news comes at a time when the ruling ANC party in South Africa is engaged in further leadership struggles.

The Glass Ceiling in Oz

The Glass Ceiling has not yet been shattered in Australia, despite the influence of the mighty Rupert Murdoch and residual members of his dynasty.

The tax row in the UK continues to hit at Starbucks image, and perhaps its profits

The Liberal Party [LPD]’s massive victory in Japan will re-elect former Prime Minister Shinzo Abe who has called for major monetary easing, an increase in the inflation target and big spending on public works to rescue the economy.

The Sandy Hook massacre in Connecticut http://uk.reuters.com/article/2012/12/15/uk-usa-shooting-connecticut-idUKBRE8BD0Z220121215 contributed to the sense that political leaders have to deal with forces beyond their powers to deal with. There are calls in America for tighter gun control legislation, but few commentators believe that President Obama will be able to introduce meaningful change.

Before the New Town Massacre, I was impressed by the number of encouraging stories in the news about leaders and leadership challenges. There are still positive leadership stories around, and the leader vilification count was rather lower than I expected. Indeed there were quite a few stories offering accounts of positive leadership. However, the end-of-week news takes us back to a more nuanced views of distributed power and leadership’s struggles, rather than stories of heroic leaders with the skills to deliver transformation through a compelling vision of change.

This entry was posted on Friday, December 21st, 2012 at 11:07 am and is filed under Uncategorized. You can follow any responses to this entry through the RSS 2.0 feed. You can leave a response, or trackback from your own site.