When leadership fails the individual and society is weakened: The murder of Shahbaz Bhatti 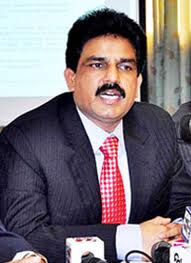 Without leadership, there is little to protect individual rights of freedom of speech, liberty, and even of survival from actions of primitive brutality. Transformational leadership can elevate society. It can also drag it down

In the space of a few months, two political leaders have been assassinated in Pakistan. Both had made public stance which others considered to have offended their religious beliefs. The Government of Pakistan appears to be unable to protect individual rights.

Some decades ago a newish idea about leadership became popular. Leaders were said to be transformational, able to act so that people could become less self-oriented.

This entry was posted on Thursday, March 3rd, 2011 at 7:30 am and is filed under Uncategorized. You can follow any responses to this entry through the RSS 2.0 feed. You can leave a response, or trackback from your own site.